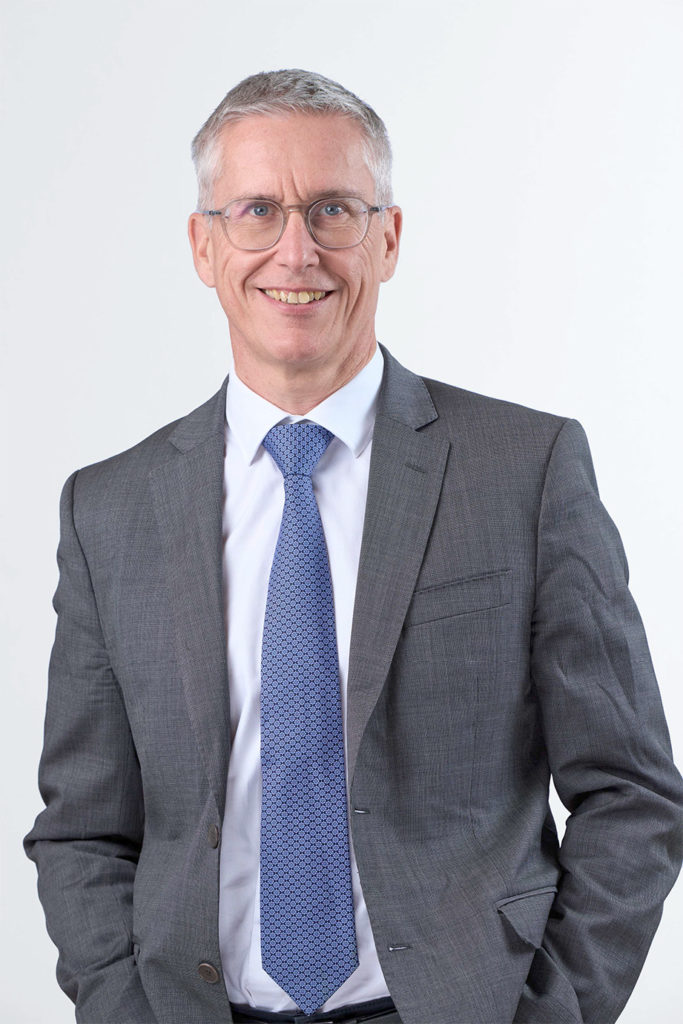 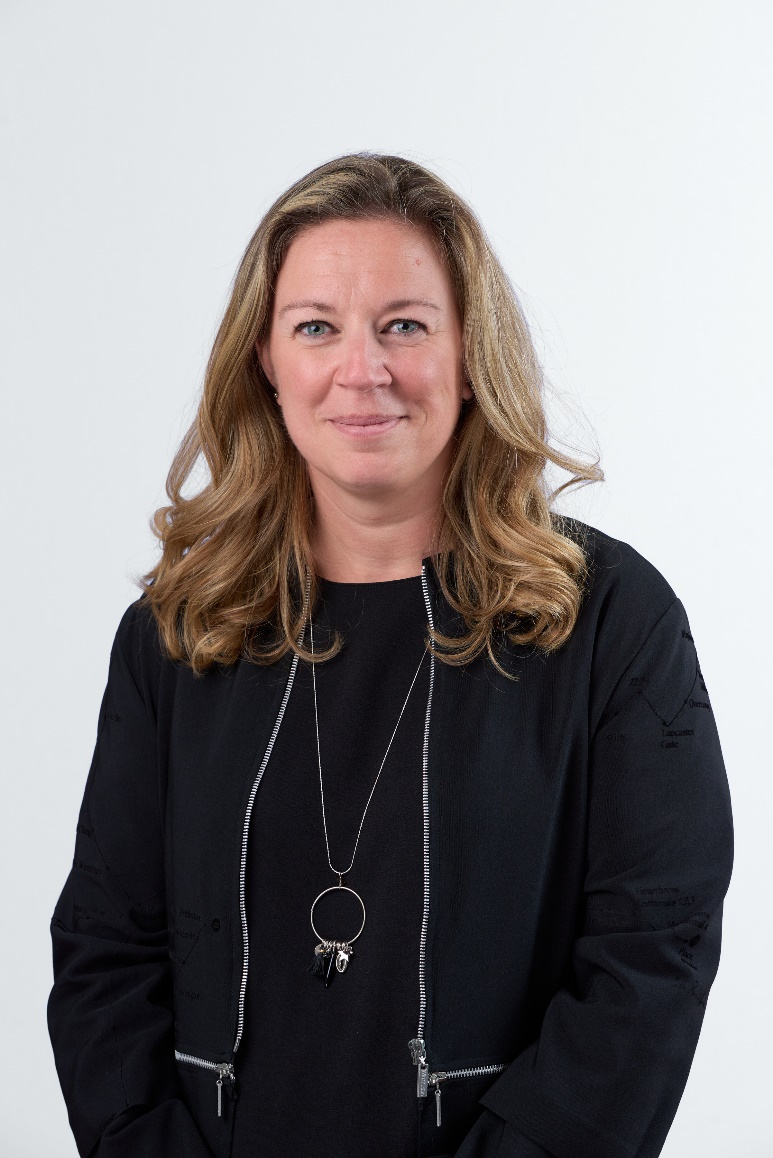 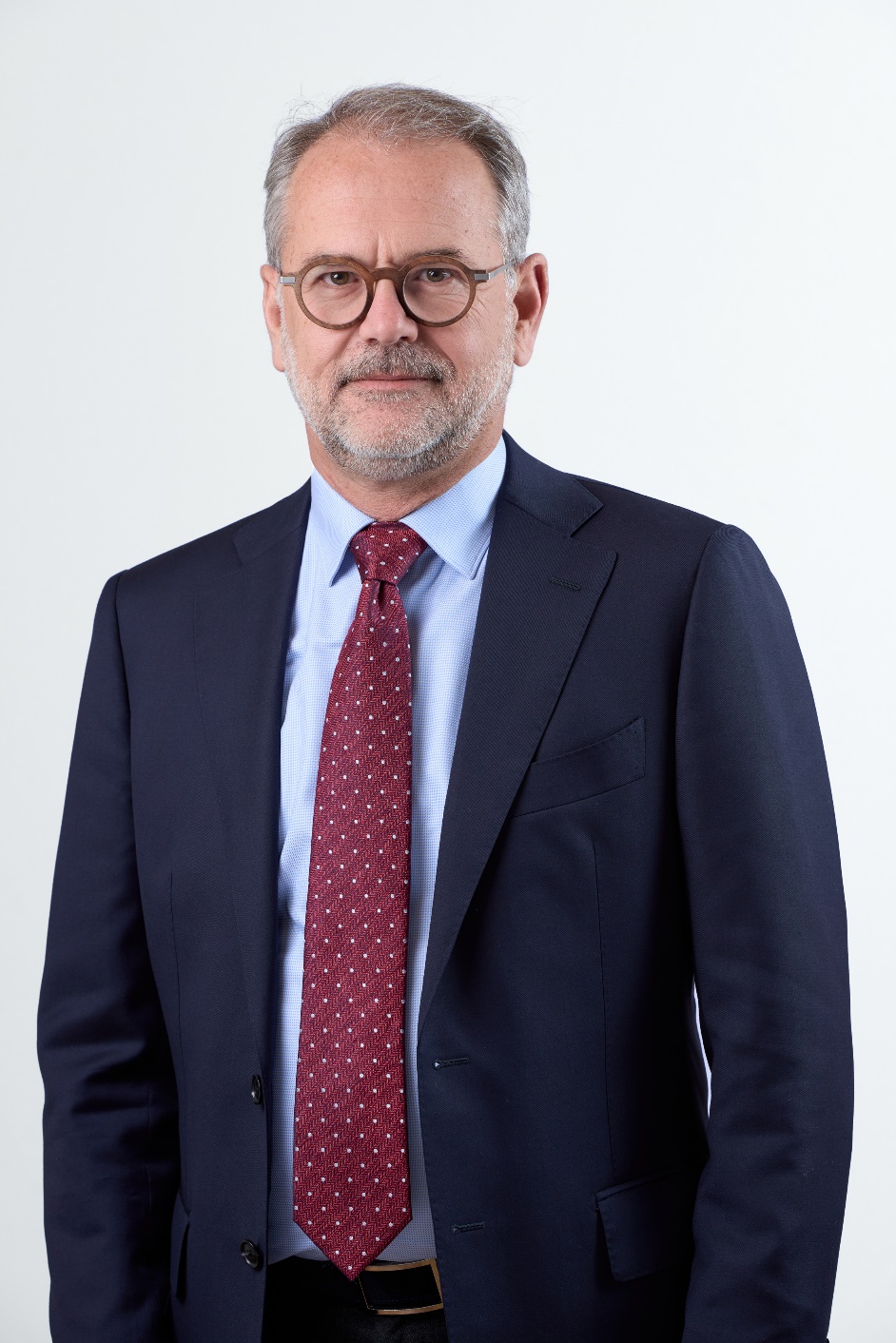 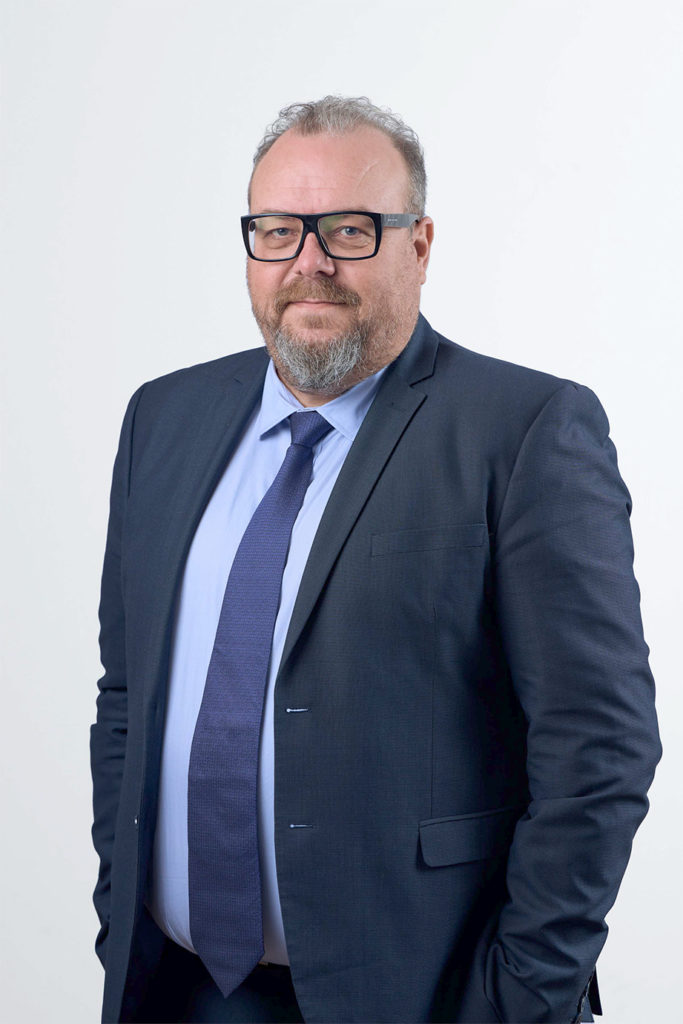 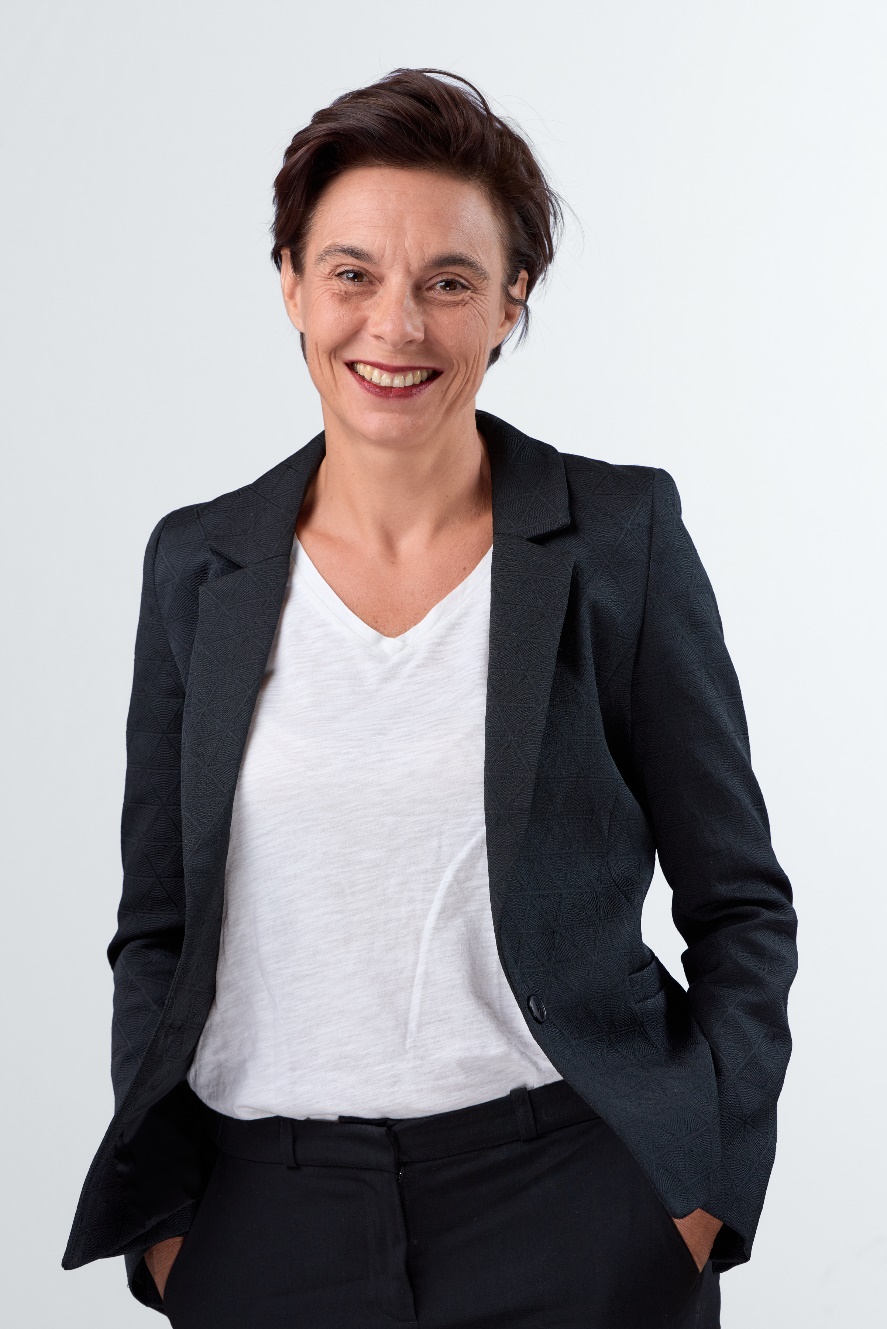 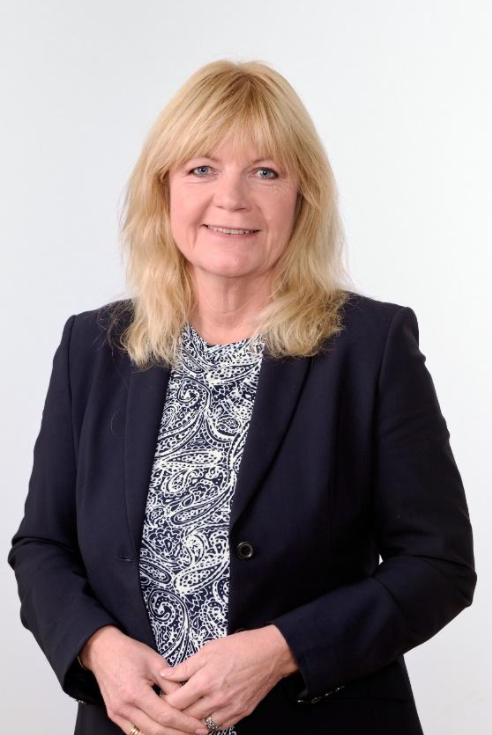 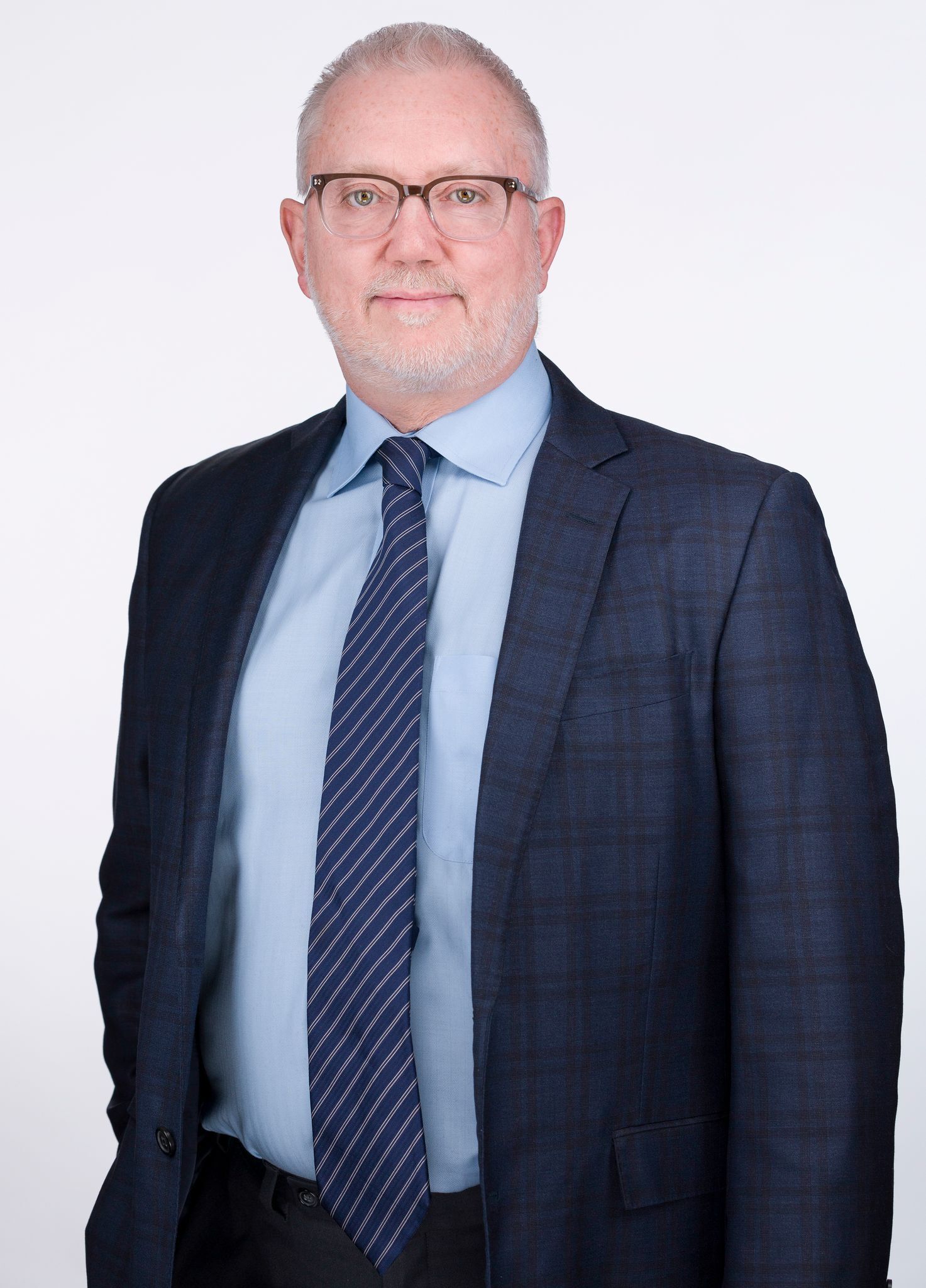 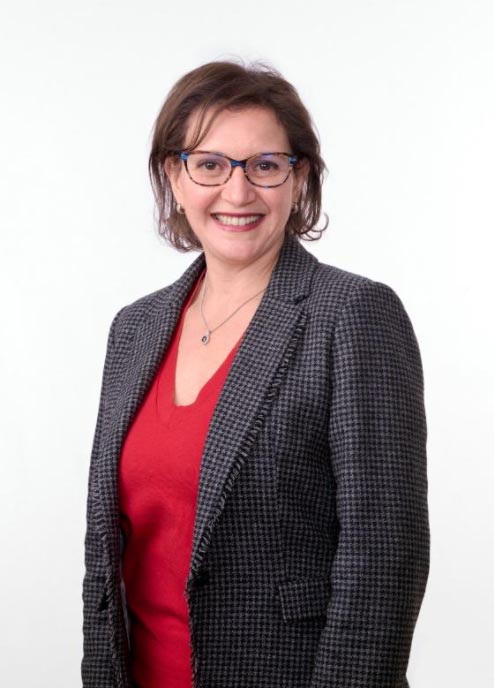 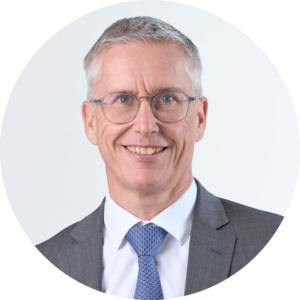 Didier joined Advicenne as CEO in May 2021 and later took on the role as CFO.
Didier has extensive experience in the finance and healthcare sectors, having previously served as CFO and a financial analyst specializing in the pharma/biotech sectors. He was previously CFO of Ecential Robotics, a private medical technology company, which markets robotic solutions for spine surgery.

Didier holds a Pharm D. in pharmacy (Paris XI), a post-graduate diploma in galenic pharmacy and is a graduate of the French Society of Financial Analysts (CIIA / SFAF). 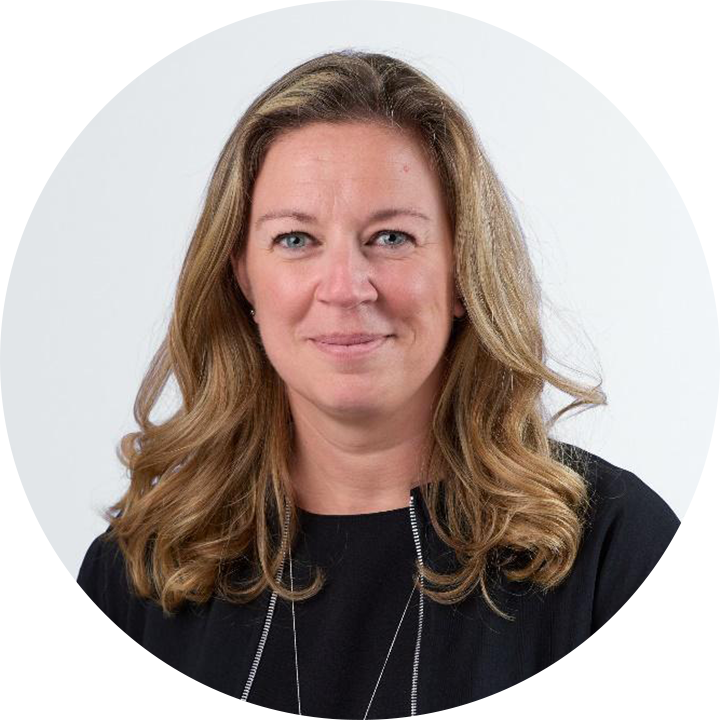 Isabelle Kervella joined Advicenne as Deputy CFO in March 2021, where she leads the day-to-day financial matters and is responsible for financial communication to the market.
In addition, Isabelle is leading various organisational development projects across the company.
Isabelle is a seasoned finance executive, previously serving as CFO for France at Id Verde, an international landscaping company operating in Europe. Prior to this she held the role of Deputy Director at Ipsen Pharm in Accounting and Reporting. In her early career, Isabelle spent over 8 years in financial services t PwC and
Deloitte.
Isabelle has a B.Sc in Physics-Chemistry, Mathematics, Biology from Angers University and a Business’s degree in Audit & Controlling from Bordeaux Business School 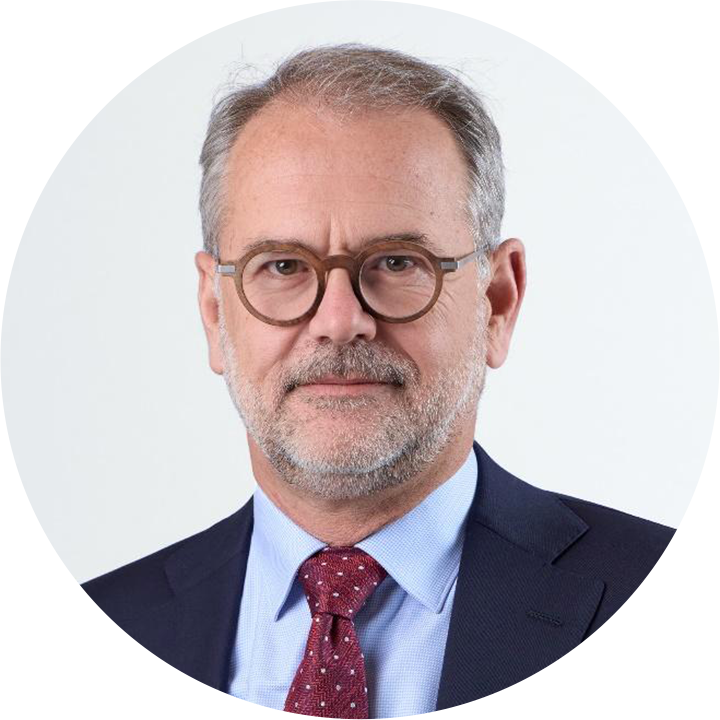 Laurent joined Advicenne as Quality Director in July 2021, and acted as Chief Pharmaceutical Officer since September 2021.

Laurent has extensive experience in Pharmaceutical Quality, having served as Group Quality Assurance Director at GSK (1999-2011), and Global Quality Audit Director at Ipsen (2011-2016). From 2017 to 2019, he was Senior Vice-President Quality at DBV Technologies. More recently, he was Quality Consultant at Curium Cis Bio and Quality Director of Suppliers, Plasma and CMOs at LFB. 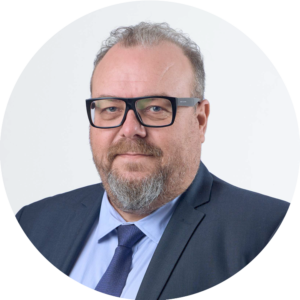 Maxime Laugier is responsible for the chemistry, manufacturing and control (CMC) activities and oversees the commercial manufacture and distribution of Advicenne commercial products portfolio. Maxime applies his extensive expertise in development, industrialization and registration of drug products to advance the Advicenne pipeline.

More recently, he was Vice President Drug Product of the clinical-stage biopharmaceutical company NuCana plc, focused on the formulation, the process development and the clinical manufacturing of the ProTides portfolio designed to transform some of the most widely prescribed chemotherapy agents into more effective and safer medecines.

Previously, he served as the Vice President of Pharmaceutical Development at Poxel, leading the CMC aspects and industrial development of Imeglimin product, a first-in-class drug for the treatment of Type 2 diabetes, approved in Japan and launched as Twymeeg® by Sumitomo Dainippon Pharma in 2021.

He has previously worked for several contract development and manufacturing organisations such as Carbogen Amcis Dishman Group, SkyePharma and Epharma with multiple incremental leadership positions in pharmaceutical development, clinical manufacture and industrial scaling up of complex drug products and innovative technologies.

Maxime Laugier completed a doctorate degree in pharmacy from the Clermont-Ferrand School of Pharmacy and received his M.S. in Pharmaceutical Development and Production from the Institut de Pharmacie Industrielle de Bordeaux (I.P.I.B.). 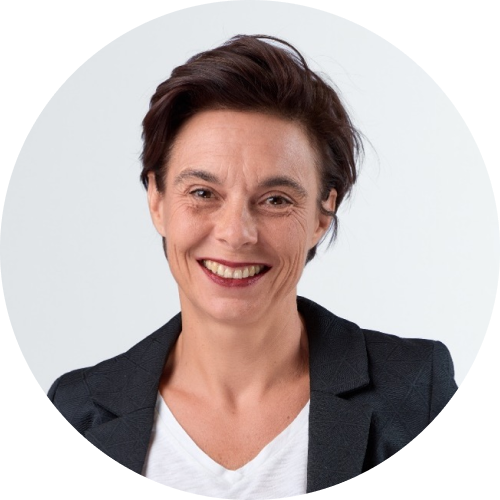 Catherine Guittet is Advicenne’s Clinical Director in Europe, managing the strategic, regulatory and operational aspects of clinical development programs. Catherine joined Advicenne back in 2008 and was one of the company’s first employees. Catherine also works in close collaboration with Advicenne’s US team advancing the Company’s pipeline outside of Europe.
With over fifteen years of experience in clinical and regulatory affairs, having held positions at Merck Serono, where she managed a unit dedicated to the coordination of early clinical development in oncology, as well as at French biotech company, Synt:em.
For several years, she served as Head of the Patient Clinical Study Unit at contract research organisation, SGS-Aster. Catherine began her career as Head of Project Management at Theraplix (Sanofi-Aventis).
Catherine received her Doctor of Pharmacy (PharmD) from Angers University, obtained a Clinical Investigation Certificate from Paris VII University, a Pharmaco-Epidemiology Certificate from Bordeaux II University, as well as a Cellular Pharmacology, Pharmacogenetics and Pharmacokinetics Certificate from Paris VII University. 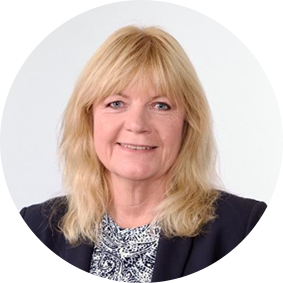 Hege Hellstrom has served as Advicenne’s Chief Commercial Officer since December 2021.
She first joined Advicenne as a Non-Executive Board Member in May 2020 and later stepped into a consultant role, responsible for global business development and commercial activities.

Hege has over 30 years of experience in the medical device, pharmaceutical and biotech industries, from pre-launch to launch, to end of lifecycle management of a wide range of products in different diseases areas.
In addition to this, she is founder and partner of investment and consultancy company, Belnor Bvba and serves currently as a Non-Executive Board member at Swedish biotech companies, Oasmia AB (OASM.ST) and Camurus AB (CAMX.ST). She is also a co-president and board member of Jane Goodall Institute Belgium.

From 1989 to 2002, Hege worked at Baxter in Norway and Belgium.Hege has a B.Sc as a Medical Laboratory Scientist from Oslo Metropolitan University, Norway and has completed several management programmes at INSEAD.

From 2013 – 2018 Hege worked as President for EMENAR region (Europe, Middle East, North Africa and Russia) at Sobi, a Swedish biotech company specialized in rare genetic diseases such as haemophilia and metabolic disorders. Hege successfully launched several products in her region such as Elocta® and Alprolix®, treating Haemophilia patients.

Prior to Sobi, Hege worked 11 years in Genzyme, a Boston based company as VP of the Renal and Endocrine Business Unit for Europe, JAPAC and Latin-America, as well as General Manager for Benelux. Following Sanofi’s acquisition of Genzyme, she became Global Head of the Cardiovascular Unit of Sanofi. From 1989 to 2002, Hege worked at Baxter in Norway and Belgium.

Hege has a B.Sc as a Medical Laboratory Scientist from Oslo Metropolitan University, Norway and has completed several management programmes at INSEAD. 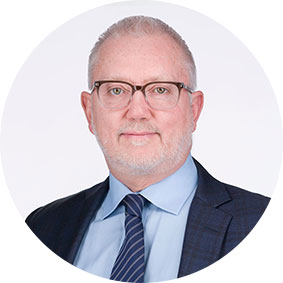 Robbie first joined Advicenne as a consultant back in 2020 and stepped into a permanent role as General Manager in the US in 2021. Robbie is a tenured pharmaceutical professional, with 30 years of industry experience obtained in a wide range of roles and diverse organisations and sectors, from large pharmaceutical companies to medium specialist companies to start-up healthcare businesses, both in the EU and in the last decade in the USA.

After an initial career in national and international roles within pharma, with GSK and Shire Robbie stepped outside of pharma in 2021 to launch a patient-centred healthcare communication agency (The Patient Experience Project). Now part of the Eversana Network, this organization grew from 2 to over 65 staff, carving out a unique space in the industry improving patient experience understanding and, in turn, communication for brands.

In recent years Robbie has offered consulting support to help companies navigate how to execute patient-centric strategies. Robbie is currently General Manager for Advicenne Inc., leading a clinical development program in the US that is embracing the concept of the decentralised clinical trial – aiming to open access to research and Advicenne’s investigational medicine for adults and children with the rare renal disease, distal renal tubular acidosis. 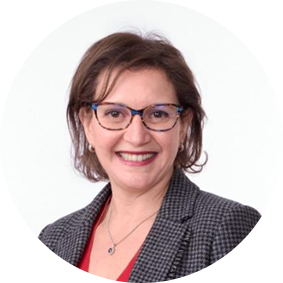 Sabrina joined Advicenne as Vice-President, Head of Regulatory Affairs in January 2022. Sabrina is responsible for the regulatory affairs strategy and ensures its success with regulatory authorities in Europe, US and the rest of the world.

She worked for international pharmaceutical companies such as Astra Zeneca, Sanofi and Genzyme and most recently led the regulatory affairs team of Abivax as part of their global management team in charge of Clinical regulatory affairs activities.

We use cookies for our website advicenne.com to ensure it functions correctly, improve its performance and features, measure its audience/traffic and remember your browser preferences. You can configure and deactivate cookies by clicking on « Manage cookies ». Your preferences will be saved for 12 months. You can change your decision and modify your choices at any time by clicking « Manage cookies » at the bottom of each page or by going to our « Cookies policy » by clicking the link at the bottom of each page.

By clicking on « Accept all » you consent to the deposit of cookies on your device.