ADV7103 is an investigational drug designed to treat distal renal tubular acidosis (dRTA) in patients of all ages. dRTA can have either a genetic origin, also known as primary dRTA, or be acquired as a result of autoimmune disorders or other conditions. While the inherited form of dRTA is most common among infants and children, the acquired form is more prevalent in adults.

dRTA is characterized by impaired ability of the kidney to secrete protons (acids) into the urine, giving rise to an imbalance of blood pH that can lead to severe and long-term complications. These include kidney damage, growth retardation and rickets in children, a series of metabolic disorders or impairment of renal function.

There are currently no approved treatments for dRTA. 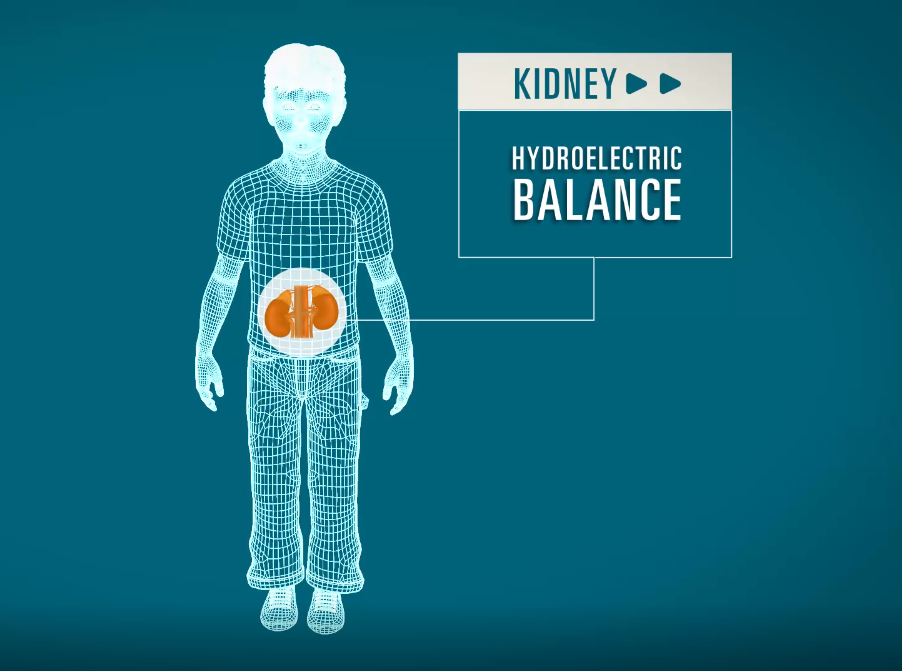 Designed for a twice-a-day treatment

ADV7103 is an innovative product with a prolonged-release formulation designed to maintain a sustained release over a 12-hour period, thus allowing for twice-a-day treatment. The product was developed as a multi-particulate formulation in 2mm granules that contains two active pharmaceutical ingredients. ADV7103 is tasteless and easy to administer orally in patients of all ages.

In Europe, ADV7103 has shown positive results in a pivotal Phase III (ARENA-1) study in children and adults with dRTA. The objective of this study was to evaluate the efficacy, safety and acceptability of ADV7103, which was shown to remove the main biological defects observed with the disease and to successfully meet primary and secondary endpoints.

Normal blood bicarbonate levels were attained in most patients treated with doses of ADV7103 ranging from 0.75 to 8.45 mEq/kg/day. Non-inferiority of ADV7103 relative to the standard of care or baseline literature data was consistently demonstrated (per protocol, intention-to-treat, as well as sensitivity analyses). Additionally, kalaemia was normalized with only two doses of ADV7103 per day.

Preliminary results of the Phase III extension study, an open-label clinical trial, confirm the efficacy and safety of ADV7103 after 24 months of treatment. Results from 90% of patients at 6 months, 12 months, 18 months and 24 months demonstrate the ability of ADV7103 to normalize biological disorders caused by dRTA throughout the course of treatment. This efficacy, measured by blood bicarbonate levels and stabilized serum potassium, remains constant in about 80% of patients.

The safety profile of ADV7103 remains very favorable during the treatment, with only 15% of patients having reported digestive side effects considered as product-related, rated as mild for three patients and as medium for one patient.

In June 2017, ADV7103 was granted Orphan Drug Designation for the treatment of dRTA by the EU.

In the United States, the US Food and Drug Administration (FDA) has cleared ADV7103’s Investigational New Drug (IND) application, allowing the initiation of the pivotal Phase III (ARENA-2) trial for the treatment of dRTA.

The trial, a prospective, multicenter, randomized, double-blinded, placebo-controlled study, is expected to enroll approximately 40 patients in the United States. Its primary objective is to evaluate the safety and efficacy of ADV7103 versus placebo in preventing the development of metabolic acidosis defined by serum bicarbonate level in pediatric (6 months to < 18 years of age) and adult (18 to 65 years of age) subjects with primary dRTA, the disease’s inherited form.

The study has also received a No Objection Letter (NOL) from Health Canada’s Office of Clinical Trials to extend the Phase III trial in Canada.

ADV7103 is an investigational drug and has not yet been approved by any regulatory authority.

ADV7103 is also being developed for the treatment of a second indication, cystinuria, an inherited renal tubulopathy.

ADV7103 has received authorization from the French National Agency of Medicine and Health Products Safety (ANSM) and from the Belgian Health Authority (FAMHP) to initiate a pivotal Phase II/III clinical trial in cystinuria (CORAL study).

The trial has been designed to evaluate the efficacy, safety, tolerance and compliance of ADV7103 in patients living with cystinuria.

Advicenne Strengthens Its Financial Structure Through the Implementation of its €20 Million Financing Agreement with the European Investment Bank, with the Drawdown of a First Tranche of €7.5 Million